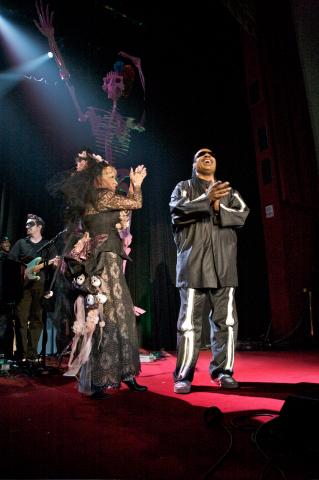 Some of New York’s most familiar faces were a little less recognizable – all in the name of raising greenbacks for a greener city at Bette’s 16th annual Hulaween Gala at the Waldorf-Asoria benefiting the New York Restoration Project.

Special guests Douglas Durst, who dressed as a tree, and Benjamin F. Needell were honored for their extraordinary support of NYRP and the city’s green spaces.

Rick Bayless dressed as a skeleton while preparing a wickedly delicious meal for guests.