BETTE MIDLER has laughed off her Twitter.com "feud" with LADY GAGA after the veteran entertainer accused the POKER FACE hitmaker of copying her mermaid in a wheelchair performance during a recent concert.
Gaga took the stage at a show in Australia in July (11) wearing a mermaid tail while sitting in a wheelchair, but the move appeared to infuriate Midler, who logged onto her social networking blog to remind fans that she came up with the gimmick first - way back in 1980.

Gaga insisted she had "no idea" Midler was the originator of the stunt, but the Hollywood star has since dismissed their war of words as a fun and harmless feud, and she's adamant there's no hard feelings.

Midler tells U.S. entertainment news show Extra, "We had a feud, which I loved.

"I'm not a good tweeter. I said a couple of things. I opened a can of worms. I wasn't irked at all! I thought it was hilarious. I was actually very flattered, and then we sort of put it to rest." 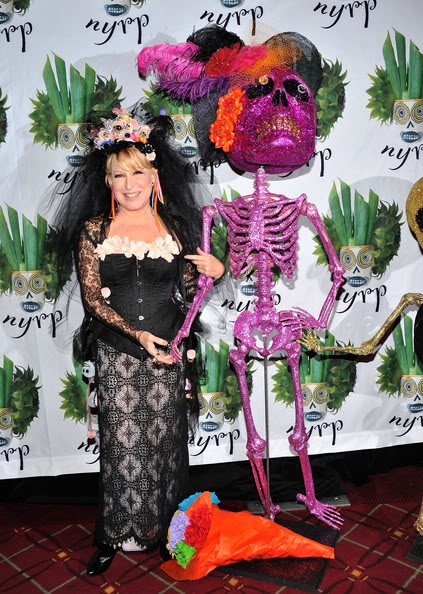